where do i buy accutane Hello All,

Much has happened since the last blog. We have had a productive few days. 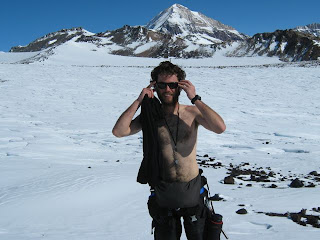 Four work days in a row is a tie for our longest streak at Panorama Glacier camp. We have had fantastic weather, with temperatures up to 0° C in the sun with no wind. We had our second helicopter close-support day and a resupply, finally. We visited several locations in the Miers and Hidden valleys, north of the Howchin Glacier. We were working below 750 m, well below snow line, and the area had much more of a Dry Valleys feel. Below is a picture of Bryan and Graham working just outside the A-Star helicopter. Going down to 750 m on a sunny day felt like a beach vacation.

Well, we are back up in the cold, trapped in tents due to snow and poor visibility. We covered most of the immediate area early at this camp, so we have been relegated to working across the Kemp and Pipecleaner glaciers– long days and weary bodies. A day’s rest is somewhat of a relief. 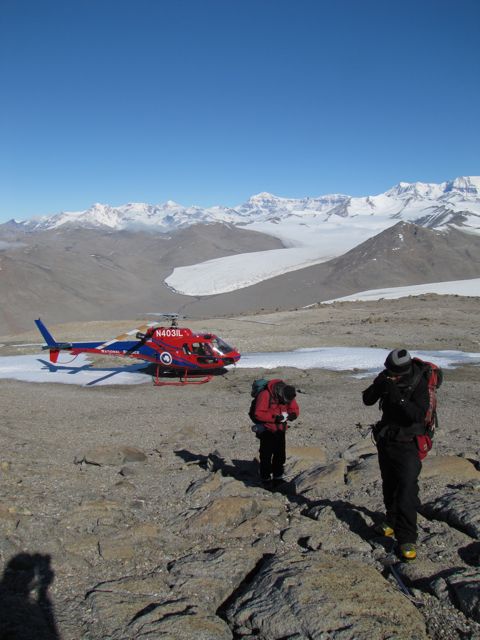 It’s almost time to head back to Mac Town. Hopefully we will salvage some sanity. Bryan hasn’t 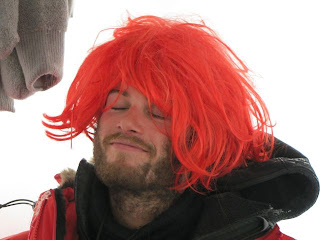 taken off the pink wig for days, and his alter ego switches between a king penguin and the lead singer of Jefferson Airplane. Graham and Bryan have hypothesized the existence of snow gorillas and south polar bears, plotting against us.


Anywho, y’all take care, and we’ll do the same. Remember healthy gums are the key to happiness!

One thought to “Home Stretch!”